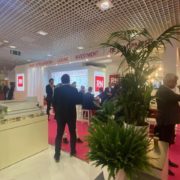 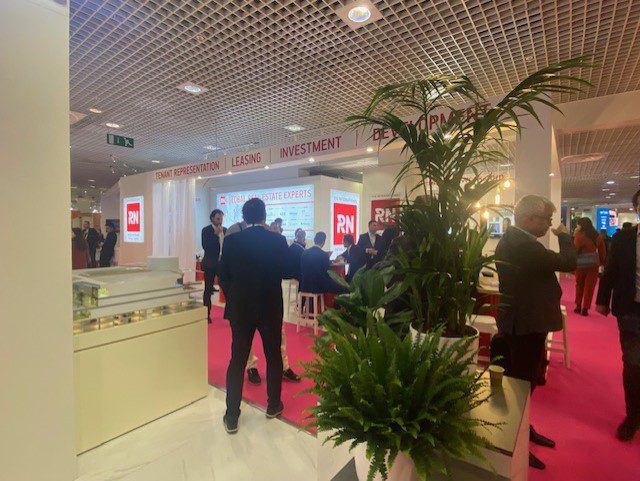 A busy morning at MAPIC for our retail team Darren Peavoy and Jennifer Mulholland, catching up with retailers and colleagues in The International Retail Network (TIRN). 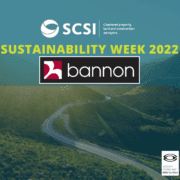 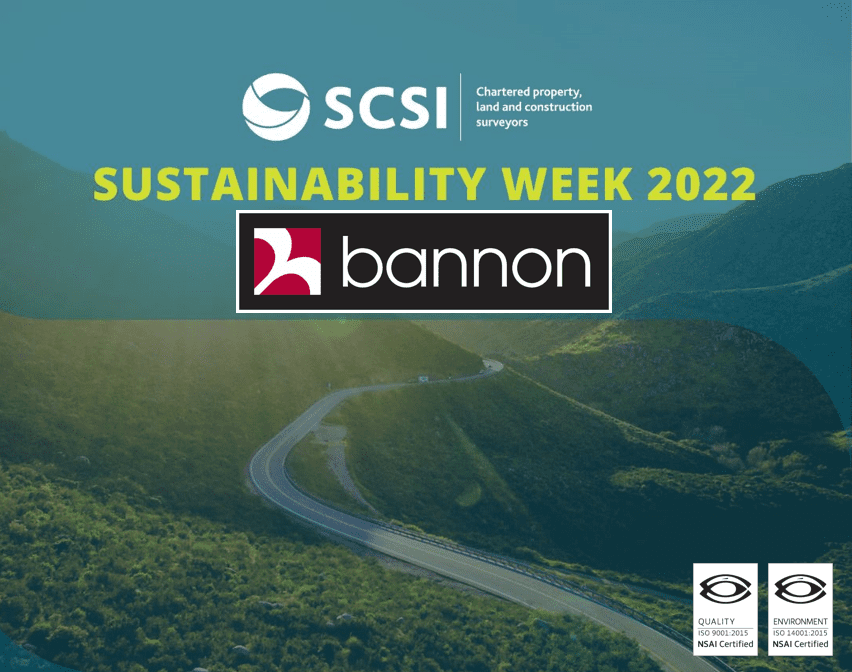 We asked our leading experts for their views on achieving a sustainable future for the Irish commercial real estate sector: 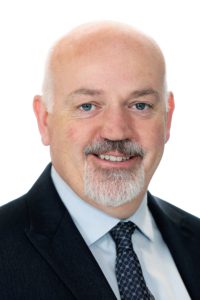 Sustainability impacts everybody, whether it is investors securing the long-term value of their assets, corporate occupiers demonstrating their environmental credentials to clients and staff, retailers reacting to shifts in consumer demand or funding institutions protecting the security of their loan books. There is no part of the property market that is and will not be increasingly impacted by the move to a zero-carbon future. This realisation was the reason Bannon established EVIA 3 years ago; a consultancy business whose sole focus is the delivery of sustainable solutions to stakeholders in the commercial real estate sector. Since its inception EVIA, working hand in hand with the Bannon Management, Investment and Consultancy teams, has delivered dozens of sustainability projects including LED lighting projects, smart metres and energy monitoring, solar power installation and increasingly we are seeing demand from clients to provide an overarching strategy to put their entire relationship with real estate on a long-term sustainable footing.

The route to sustainability is both challenging and exciting. It can be costly and yet the alternative is much more expensive for stakeholders in the industry. By pursuing a sustainable strategy that coordinates zero-carbon delivery with valuation and asset management expertise, the journey can be efficient and ultimately profitable. 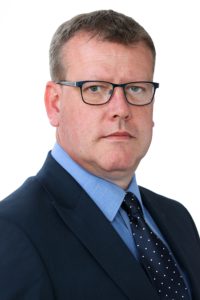 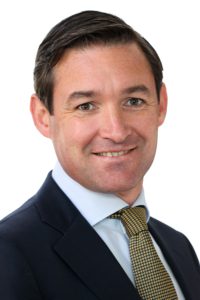 Institutional owners have very much embraced the ESG agenda, retailers have been slower to embrace from a property occupancy perspective, but this is changing. There is a trend in Institutional owners delivering ESG improvements via refurbishment works in advance of new lettings in prime high street locations. We are now seeing this being followed by some of the major international brands that are taking leases on these properties where they are committing to BREEAM GOOD (and higher) fitouts. Retailers have been proactive in retrofitting energy efficient initiatives including new LED lighting to reduce energy usage and benefit from reduced air conditioning requirements due to the reduced heat generation.

The Bannon Professional Services team actively embraces and adheres to the latest RICS Valuation Practice Guidance Note titled ‘Sustainability and ESG in Commercial Property Valuation and Strategic Advice’ when undertaking valuation instructions. This Guidance Note requires the valuer to demonstrate how they have considered sustainability and ESG credentials in their valuation approach, calculations and commentary.  It may be necessary, depending on the nature of the instruction, for the valuer to seek specialist investigations by a third party advising as to the ability and estimated cost to bring an asset up to modern standards. Valuing assets of this nature requires an in-depth analysis of the true costs associated with bringing them up to standard. 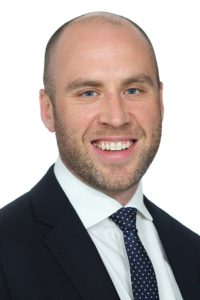 Sustainability is a key focus of the Bannon Property Management team. The extent of our portfolio (150 assets) gives Bannon a unique position in the Irish marketplace to be leaders of change. At present there are a variety of ongoing projects across the portfolio which are focused on reducing energy consumption, reducing water consumption and reducing waste. 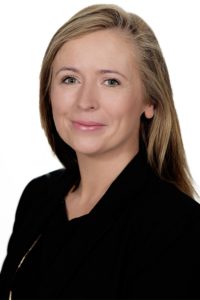 Sustainability in terms of office design and construction has become a fundamental and determining factor for companies when acquiring office space. With corporate ESG agendas now firmly in place, what was once a consideration, is now a key component in the acquisition process, which in turn is leading to increased demand for prime grade A office accommodation. 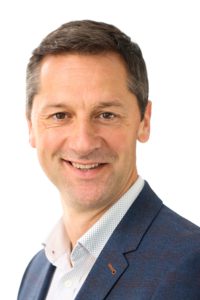 ESG has permeated every aspect of real estate, but in many ways has been led by the Capital Markets sector. Well before the adoption in April 2021 of EU’s Sustainable Finance Directive, major real estate players were readying themselves for the impact of ESG in terms of putting in place procedures for collating information and assessing and adjusting their assets and portfolios.  These institutions have either been acquiring or developing compliant assets while simultaneously selling assets which would fall foul of ESG regulations. Most smaller fund managers and private offices have now followed suite. Now that ESG goes to the heart of any asset due diligence, non-complaint assets have a difficult future ahead of them!  There will however be huge opportunity for those with the skills to efficiently transition these buildings back to the institutional mainstream. In this regard, valuing and selling these assets will require an in-depth analysis of the true costs associated with bringing them up to standard. 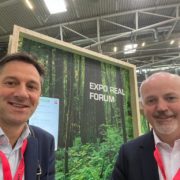 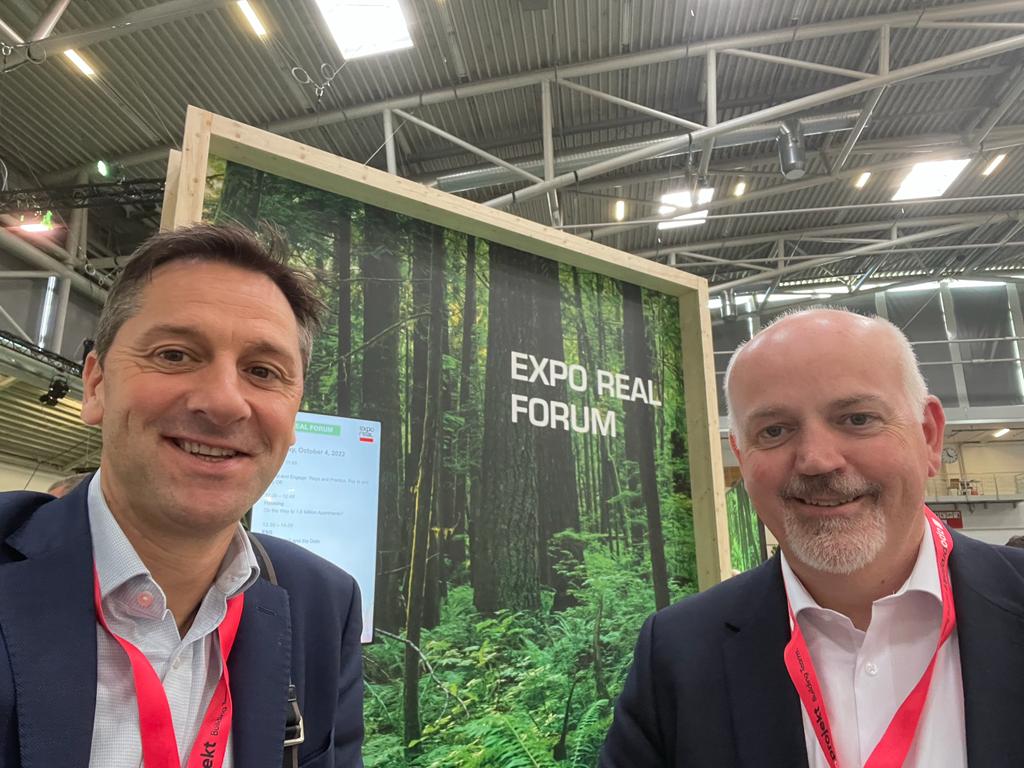 Neil Bannon and Roderick Nowlan back on the conference circuit again. Great to be back at EXPO REAL (Messe München) and we look forward to seeing you there! 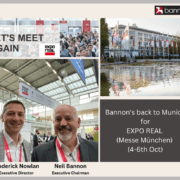 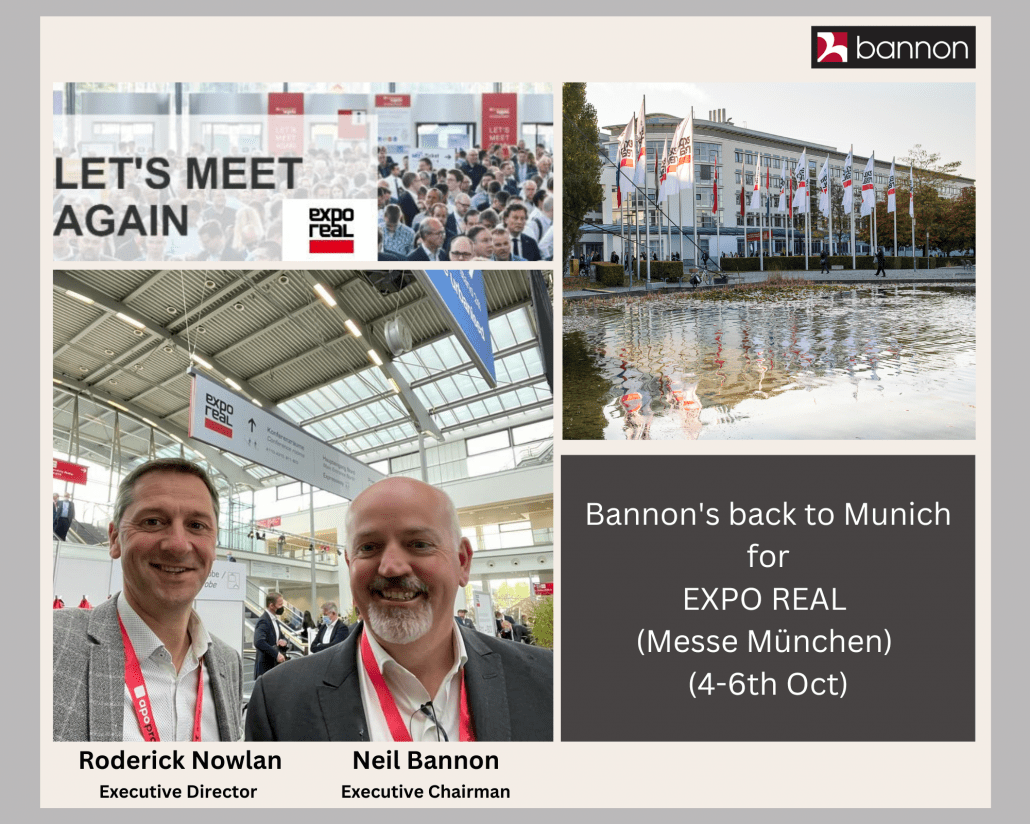 Great to get back to Munich again for EXPO REAL (Messe München) (4-6th Oct).

Get in touch for a chat with Neil Bannon and Roderick Nowlan on Irish Real Estate Opportunities and the impact of ESG on the Irish market. 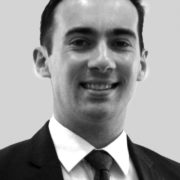 Following the government’s transposition of IORP II, any new One Member Arrangements (OMA) will now be largely prevented from borrowing for their investments and be required to hold at least 50% of their investment in regulated markets e.g. listed shared and/or bonds.

Commercial properties had been an attractive option for OMA pension funds which could buy a €2.0m property with a €1.0m pension pot and borrowings. The income could be applied to the loan to allow the pension to grow to the €2.0m cap without relying upon growth. The combination of restricting borrowings and the 50% cap has the nett effect of limiting property purchases to €0.5m largely ruling out directly held commercial real estate.

Happy to discuss the implications and opportunities further. 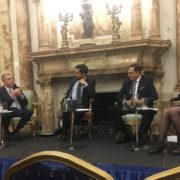 The challenge of creating innovative housing solutions was on the agenda at the most recent meeting of the Donegal Dublin Business Network (DDBN) as Eoghan Murphy TD, Minister for Housing, Planning and Local Government, addressed the organisation.

A panel discussion on the subject of housing took place at the group’s April gathering in Iveagh House on St Stephen’s Green, followed by a Q&A session overseen by DDBN chairman Paul Doyle (MD of Bannon Commercial Property Consultants) and committee member Danielle Conaghan (Partner in Arthur Cox). Minister Murphy was joined on stage at the event by two other guests of the network. Margaret Sweeney, a native of Kilcar, is CEO of IRES REIT Plc – a company that is Ireland’s largest private landlord with more than 2,500 units.The third industry expert present was Richard Barrett, founder of Bartra Capital Property, a development and investment platform active in areas including private residential development, social housing, nursing homes, commercial real estate and renewable energy. Bartra recently acquired a holiday resort with 27 homes on 186 acres of land in Carrigart.

Making his introductions, Chairman Paul Doyle acknowledged the high calibre of speaker who had joined group members to discuss a topic that has dominated political and social debate in recent years. An open and informative discussion lasting almost 90 minutes followed and the topics debated included the cost of housing delivery, affordability and access to funding.

The key role of the National Development Plan and Project Ireland 2040 were referenced throughout the debate in terms of how they aim to attract a more even spread of national investment into regions including the north west, where Letterkenny has been identified as a centre for regional growth. One interesting idea advanced towards the end of the evening involved embracing affordable opportunities for converting commercial premises in town and village centres that have been left vacant for many years into residential housing, thereby reintroducing a soul back into towns and villages in regional areas.

Wrapping up the event, Danielle Conaghan acknowledged and thanked the panel for their openness, and observed that a fast fix to the current housing situation was not going to be easy. She added that it was encouraging to be advised that the private sector was now embracing government policy and opportunities to stimulate a more rapid supply of housing. 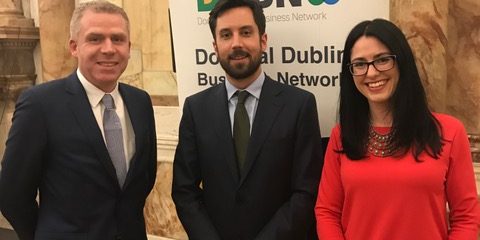 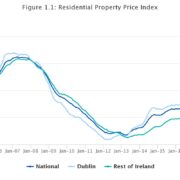 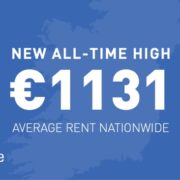 The rental market has, for over five years now, shown increasing signs of distress, with stronger demand but weaker supply each year. Market rents in Dublin, for example, are now 66% higher than at their lowest point. Outside Dublin, rents have risen 41%. A key part of the political reaction has been the introduction of Rent Pressure Zones.

The principal aim of RPZ’s is to protect sitting tenants from significant rent increases. While the measure is based on rents registered with the Residential Tenancies Bureau, trends in the RTB and Daft.ie are highly correlated, albeit with a slight lag in the RTB figures. If Daft.ie figures were used to calculate Rent Pressure Zones, 47 of the 54 markets covered in the report would currently be RPZ’s.

What is common to both Daft.ie and RTB measures is that they use the rent at the start of the lease – in the case of Daft.ie, it’s the listed rent, while in the case of the RTB, it’s the rent on the formal lease lodged with the bureau.

In a market where most leases lasted just one year, this kind of measure captures trends in the full rented sector well. However, if people choose not to move as regularly, it is better to think of the rented sector as divided into two categories: “movers” and “stayers”. And one of the main reasons people choose not to move regularly is if rents are rising rapidly. Therefore, the RPZ measure could be mixing things up: using trends rents paid by movers (“market rents”) to control rents paid by stayers (“sitting rents”).

Daft.ie surveyed over 4,000 tenants, asking them details about the path of rents they have paid in recent years. What we were interested in was examining the extent to which landlords have passed on rent increases faced by movers to sitting tenants. In other words, have “sitting rents” followed the same trend as “market rents”?

Since 2013, market rents nationally have risen by just over 50%. However, sitting rents have increased by just 27%. In other words, those who have stayed in the same lease have enjoyed a discount relative to market rents, with rents increasing by just half the increase seen on the market.

The implications for the system of Rent Pressure Zones are obvious. In order to control sitting rents, sitting rents themselves must be measured. It is not helpful to rely on market rents in a rented sector where now the typical lease lasts over three years.

The survey undertaken for this Daft.ie Rental Report suggests that for many – although by no means all – sitting tenants, there has been no dramatic increase in rents. This may mean that the Rent Pressure Zone system makes things worse, rather than better, by amplifying the insider-outside nature of the rented sector.

Sitting tenants now enjoy not only a discount relative to the market rent, but also protection of that lower rent into the future. Meanwhile, movers in the private rented sector face not only far higher rents but almost no availability in the market. In such a market, it would be a brave prospective tenant who would ask the landlord to see proof that the rent they would pay is only 4% higher than a year previously!

The message from the rental market to policymakers is the same as it has been for over five years now: more supply is needed. Until policymakers understand why it costs so much to build a two-bedroom apartment here, compared to anywhere else in Europe, that’s unlikely to happen. 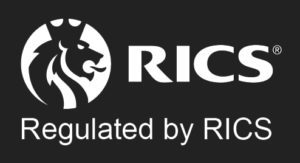 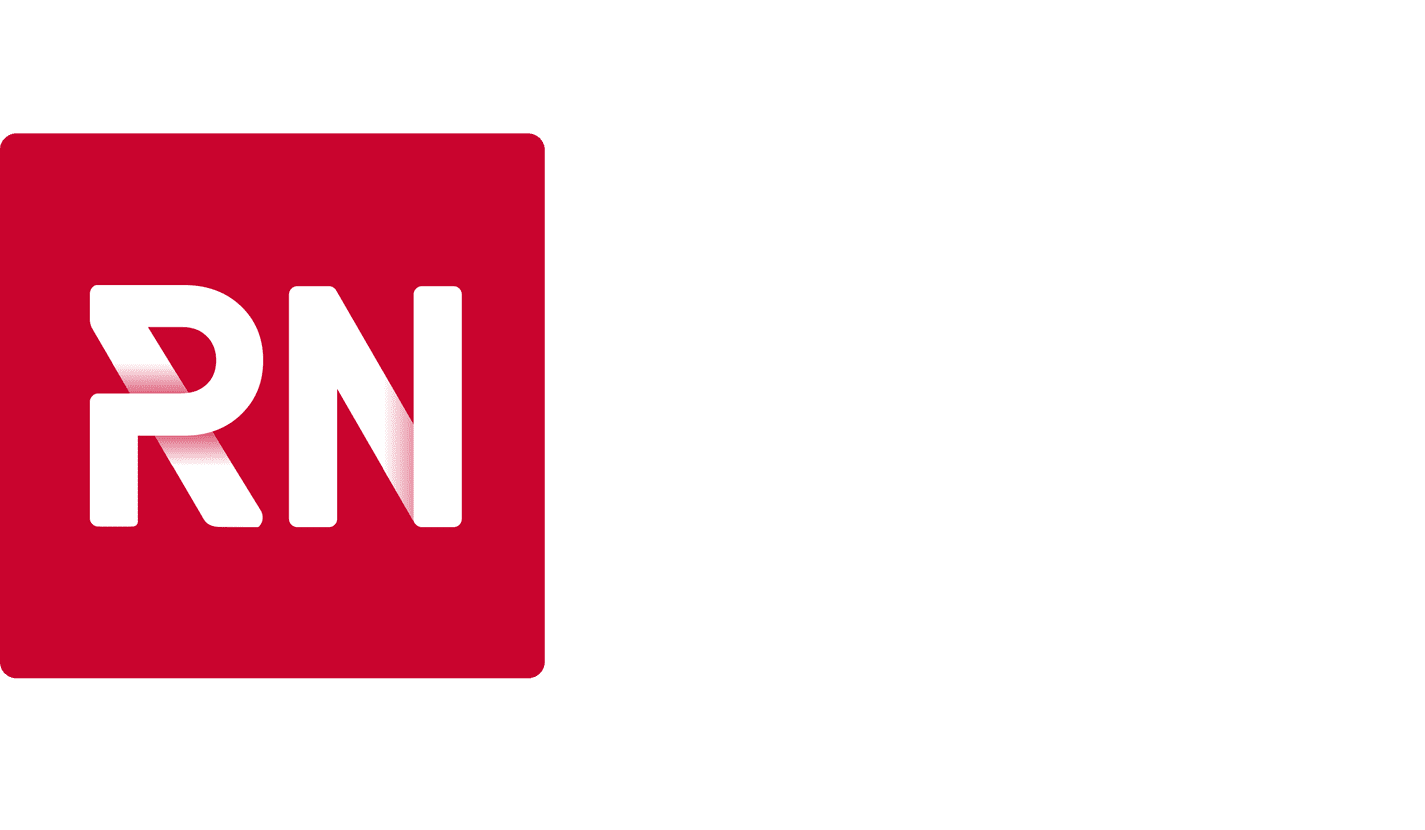